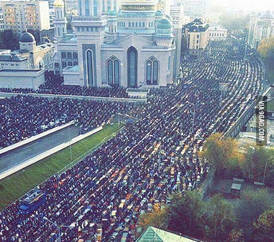 SBW visited the Russian capital from the 7th to 14th of May 2017, participating in the celebrations by marching in "The Immortal Regiment" Parade and giving a series of concerts in the city's parks and concert halls.

Alongside fellow performing groups from Italy, New Zealand & Scotland, SBW were along the first foreign groups invited to participate in the parade, which each year sees tens of thousands of descendants of Second World War soldiers march through Moscow's main streets, including the iconic Red Square, bearing photographs of their ancestors.